Terry has managed to achieve a black belt in 3 different martial arts:

He is a Shockwave Jujitsu instructor and an MMA coach who has trained several well-known MMA fighters during his career.

As the visionary behind Shockwave Jujitsu, Terry wanted to create a Jujitsu class that blended the traditional Japanese art with modern self-defence techniques. Shockwave Jujitsu is the result of his efforts, and he looks forward to awarding you your belts as you progress through the syllabus. 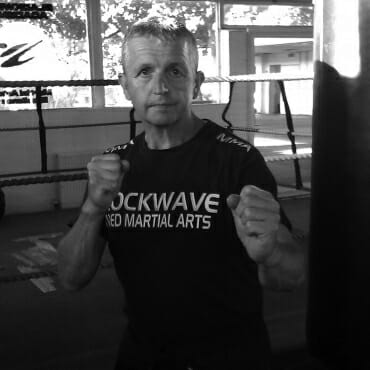